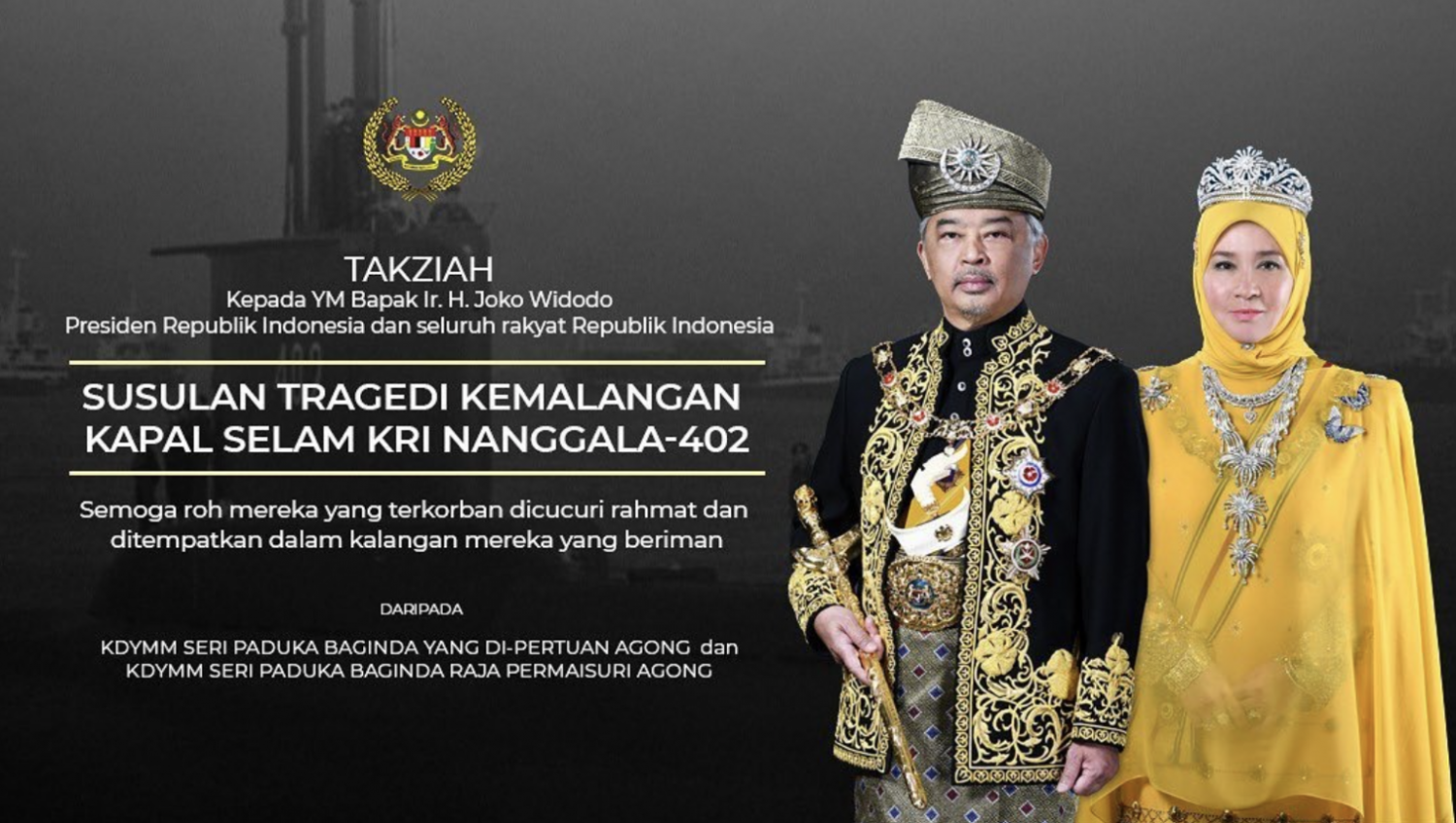 Their Majesties expressed deep grief over the tragedy and hoped that the families of the crew members would be patient and resolute in facing this test and moment of grief.

“The passing of the submarine crew members in this holy month of Ramadan is a great loss for Indonesia and hopefully their sacrifices will be remembered forever,” a statement posted today on Istana Negara’s official Facebook account read.

Their Majesties also prayed that their souls would be blessed and placed among the righteous and pious.

According to the statement, Comptroller of the Royal Household for Istana Negara Datuk Ahmad Fadil Shamsuddin also sent condolences to Indonesian Ambassador to Malaysia Hermono.

The submarine with 53 crew members was reported to have lost contact at 4.25 am on Wednesday during a torpedo training exercise off Bali, which also involved 21 Indonesian Navy (TNI) ships, five fighter jets and another submarine.